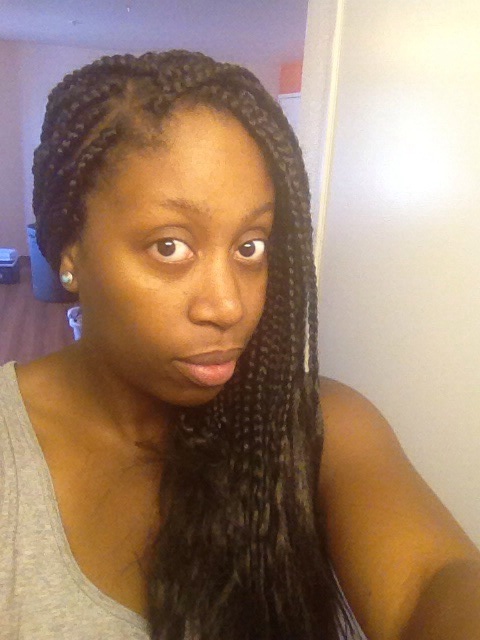 Of all the fears and doubts I have about moving to a new place, one of the biggest and most overwhelming is more than a little shallow. It was my biggest stressor about moving to Spokane for school and even made me reconsider Boston as an option. As a black woman I have to research if there will be a place for me to get my hair done.

It seems so simple, but unlike a lot of folks, Great Clips or those other chain hair salons are usually a big no-go zone for me. My hair, which has been relaxed since I was three or four, is not usually something white hairstylists are comfortable working with. I’ve walked several seasoned professionals through my routine. And it’s freaking scary.
I never know if I’m coming out with all my hair, scalp burns, or a terrible trim. And I’m not alone. In California, Hispanics are almost 40% of the population while the black population is just 7%. And we’re talking about the most populated state in America with 38 Million people living here! I’m used to being one of a few minorities (coughEloncough) but I was surprised by California’s lack of black folks.

When I do see others, particularly women, we always acknowledge each other, either with a nod or a smile. The other day I was checking out at Target and the cashier was a black woman. She complimented me on my braids, and asked me where I’d gotten them done. Her hair was natural, and she said she’d been looking for a good place since she moved here a few months ago. She said she’d heard of a shop in Camarillo, though the prices, she said, were high. I asked what braids would cost and she said $120. I almost laughed. My braids were done in North Carolina in a shop run by women from Sierra Leone and had cost $180 plus the $20 tip. I called the shop in Camarillo, made an appointment and got lost getting there — only 10 miles from where we live.
The shop was slipped between two larger businesses like a sheet of paper but it immediately felt welcoming. The woman who did my hair was named Devisha. She chatted away about all the things she loved about California since she’d moved here from Virginia almost five years ago.

Five hours later, I left with a brand new do, ready to take on Portland. This morning as I did the last of our laundry, I nearly ran into two young black women in the lobby. They excused themselves and walked by me, but one came back and asked where I got my hair done. I had my hands full, but I asked their room number and told her I would come by with more information.

I brought her the number and the address of the shop and we chatted about hairstyles. They were both appreciative when I also recommend a black hair supply shop. I was glad I had the information to share with them. It was a common interaction for black women that I wonder if other minorities have about their own concerns.

Now think about Oregon, a much less populated state than California (38 million vs 3.8 million) and I know it’s about to be Spokane all over again. I’m going to try not to let my hair distract me from all that Portland has to offer. But I will be looking to make a Colored Girl Connection.